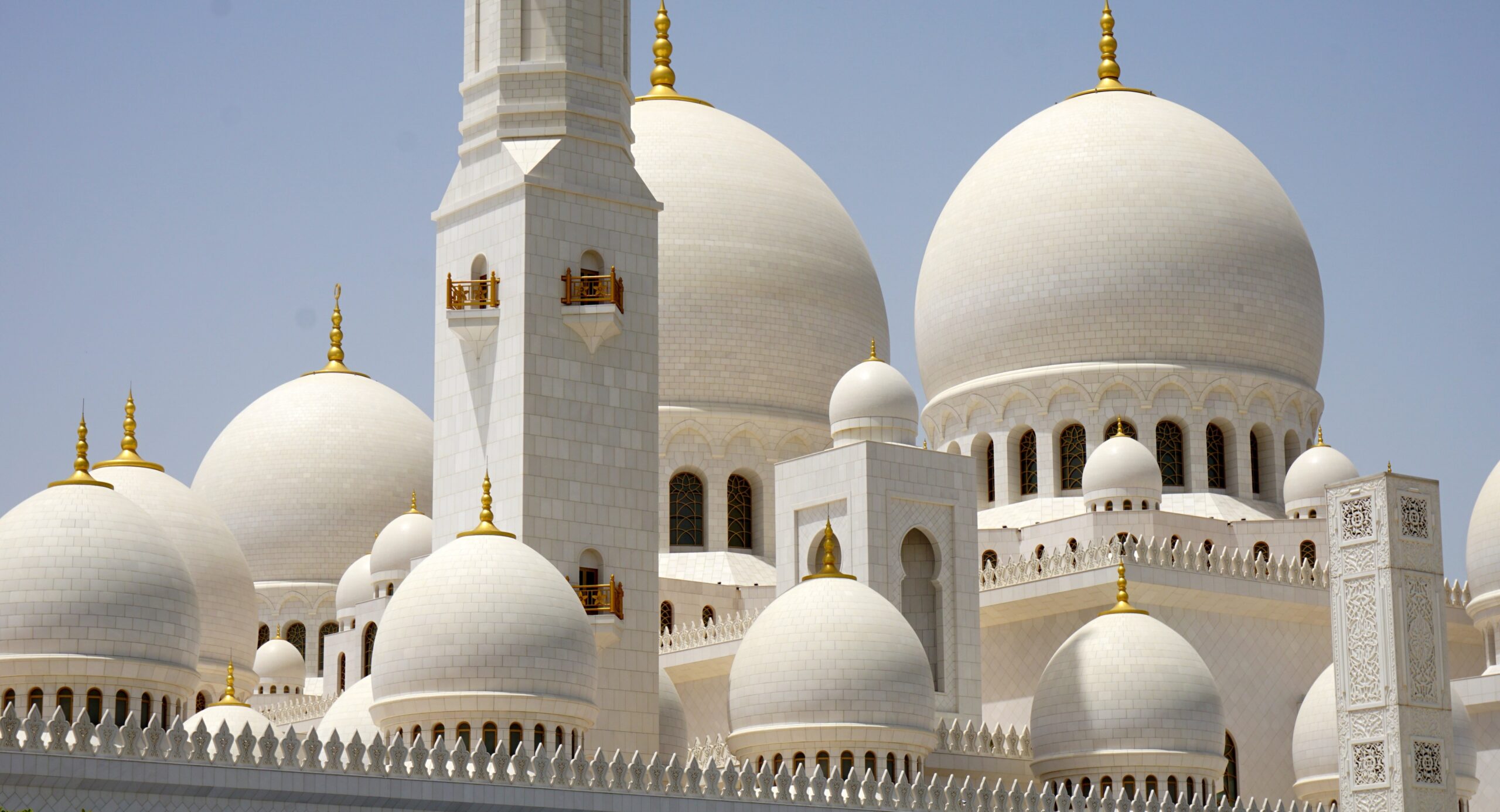 In the name of Allah, the Gracious, the Merciful, today we will learn about the Muslim calendar months, events, and Somali months

All praise is due to Allah. We praise Him, we seek His help, we seek His forgiveness, and we seek refuge in Allah from

the evil within ourselves and our evil deeds. Whoever Allah guides, there is none to misguide him.

Whoever Allah leads astray, there is none to guide him. I testify there is no God but Allah alone, without any partners,

and that Muhammad, peace, and blessings be upon him, is His servant and His messenger.

History At a Glance.

The Arabs who lived in the Arabian Peninsula adopted the tribal system. Some of these tribes settled in some places

that formed the civilized cities at the time, like those in Hejaz, Yemen, and Oman.

The Arabs adopted the Lunar System. They mostly depended on the moon for determining the months of the year.

However, they had no calendar. They named the years after some great events that happened during those years.

about 150 years before the Prophet’s time. He gathered the major tribal figures in Mecca during the pilgrimage

season to discuss the matter of choosing names for the months. The names of the Arabic months that we know today

date back to that time.

from the Year of Hijrah (Immigration of the Prophet Muhammad from Mecca to Al-Madinah). However, the names of

the months remained the same.

This is so because battles and all kinds of fighting were forbidden (ḥarām) during this month.

The Prophet (SAW) has said: ‘The best fasts after the fasts of Ramadhan are those of the month of Muharram.’

According to Ibn Abbas (RA), when the Prophet migrated to Madinah, he found that the Jews fasted on the 10th day of this month.

On this day Prophet Musa (AS) and his followers crossed the Red Sea and Pharoah was drowned while chasing them.

When he had this, the Prophet (SAW) said:

‘We are more closely related to Musa than you’ and directed the Muslims to fast on the day of Ashura’.

In another hadith, it is more advisable to fast one day before or one day after the 10th as well.

This is the second month of the Muslim calendar the Arabic word Safr means ‘void’ (empty).

In the pre-Islamic Arab, the houses were empty in search of gathering food

This is the third-month Muslim calendar. Can be translated into English as ‘the first of spring’ it also means to graze because cattle were grazed during this month.

Event; Prophet Muhammad’s peace be upon him was also borne 12th of this month.

This is the fourth-month Muslim calendar. Others call it rabi akhir which means the end of spring.

This is the fifth Islamic month. The equivalent English meaning is ‘the first of parched land’.

It is considered in the pre-Islamic summer, Jumāda is also be related to a verb meaning “to freeze”

and another account relates that water would freeze during this time of year.

This is the sixth-month Muslim calendar and the second month of parched land.

This is the seventh Islamic month. The Arabic word ‘Rajab’ means ‘respect or honor’.

It’s among the sacred months fighting is prohibited.

Events: Isra Wal Miraj took place on the 27th of this month.

This is the eighth Islamic month; the word ‘Sha’aban’ means ‘scattered’. During this month the Arab disperse to find

water for their cattle.

Sha‘bān may also be related to a verb meaning “to be in between two things”.

Mu’adh ibn Jabal (RA) reported: The Prophet (SAW), said, “Allah looks down at his creation on the middle night of

Sha’baan and he forgives all of his creatures, except for an idolater or one harboring hatred.” (Ibn HIbban).

The monthlies between Rajab and Ramadan.

Events; 15th of this month is the Night of forgiveness.

This is the ninth Islamic month which is the most popular month and which virtually every non-Muslim knows.

Supposedly so-called because of high temperatures caused by the sun’s excessive heat, Ramadan is the most

venerated month of the Hijri calendar.

Salman (RA) narrates that the Prophet (SAW) delivered a sermon on the last day of Sha’baan saying: ‘The Prophet said,

“O, people! A great and blessed month has arrived for you. A month in which there is a night which is better than one thousand months.

Fasting during this month is an obligation, and the extra prayers during its nights are voluntary.

duties in another month.

It’s the month of visiting the poor, the sick, and the needy to share their sorrows and the month where the nourishment,

the sustenance, and the income of the believing Muslim increase, and they are blessed.

hellfire and will receive a reward equal to the fasting person without reducing his own reward in any respect.

According to the Tafseer (commentary) of ibn Kathir, he mentions a report of the Prophet (SAW) saying:

‘The Suhuf (pages) of Ibrahim; first night of Ramadhan.

The Torah; the sixth night of Ramadhan.

This is the tenth Islamic month. The Arabic word ‘Shawwal’ means ‘raised’.

She-camels would normally be in calf at this time of year and raise their tails.

This is the eleventh month on the Islamic calendar. The Arabic words ‘Dhul Qa’dah’ means ‘the one of truce/sitting’.

This is a holy month that war, banned. People however allowed to defend themselves if attacked.

Events:  The Battle of Khandaq (trench) or Ahzab took place in 5AH.  Also, the Truce of Hudaybiah occurred in this month

of 6AH.  The Return to Makkah for the performance of Umrah by the Prophet (SAW) and his Companions was in 7AH.

This is the twelfth and last month on the Islamic calendar. The Arabic word ‘Dhul Hijjah’ means ‘the one for pilgrimage’.

I wrote on the benefits of this month read here

Abu Hurairah (RA) reports the Prophet (SAW) said: ‘Amongst all days there are none better to engage in sole worship of

Allah than in the ten days of Dhul Hijjah.

actively engage in prayer and worship hold such rewarding values leveling with the ‘Night of Power’.

During this month Muslim pilgrims from all around the world congregate at Mecca to visit the Kaabah.

The Hajj; performed on the eighth, ninth, and tenth of this month.

Day of Arafah takes place on the ninth of the month. Eid al-Adha, the “Festival of Sacrifice”, begins on the tenth day

and ends at sunset on the twelfth, and during which war was banned.

Events:  The Prophet (SAW) performed the farewell Hajj and gave the historic sermon known as the ‘Farewell Sermon’.

Both Umar (RA) and Uthman (RA); martyred in this month in different years.

These holy months are mentioned in the Quran: “Verily, the number of months with Allah is twelve months (in a year),

so was it ordained by Allah on the Day when He created the heavens and the earth; of them four are sacred. That is the

right religion, so wrong not yourselves therein, and fight against the Mushrikin (idolaters) collectively as they fight

against you collectively. But know that Allah is with those who have Taqwa”. (Quran 9:36)

Of the verse, “Do not wrong yourselves”, Qatada said: “The injustice in the sacred months is a greater sin and a source

of injustice than in others, although injustice is a great sin anyway, God magnifies what he wants.” He said: “God

land, chose the months of Ramadan and the sacred months, from months, and chose Friday from the days, and

chose the night of power from the nights.

Seasons The Months of the Somali Calendar