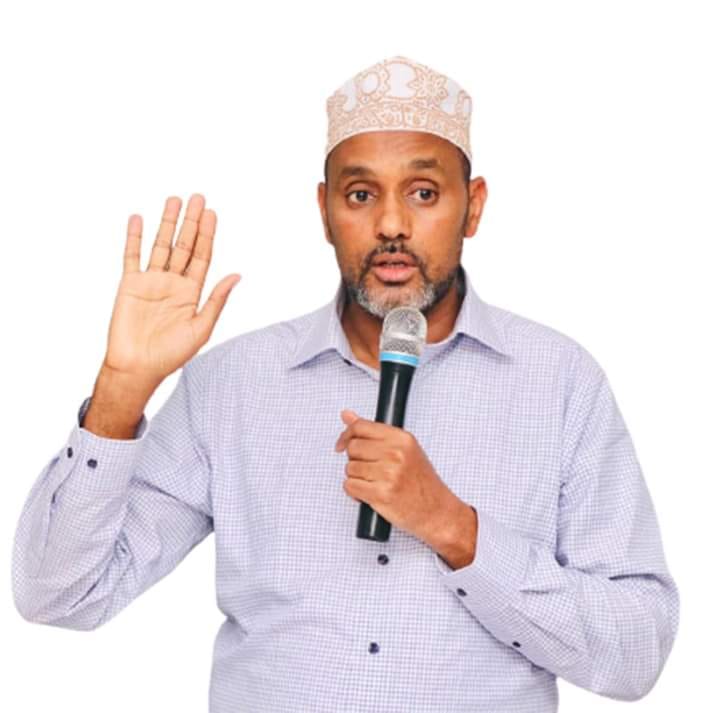 I arrived at my voting station which is 160km from Mado Gashi the evening of Election Day. Then spent the night outside in the freezing cold because in a desert it is colder during the night. I was assigned a duty to safeguard the votes of our governor Ugas Sheikh-Mohamed. And his deputy governor Abdirashid Yussuf Abdinoor. Which I did to the best of my knowledge and my powers. I did not eat for more than 30 hours. We got less than 100 votes, this went to the books and memories of many. They will remember this very date. I learned several lessons which I will conclude in this article.

The town I was voting in is called Macheza, the non-locals always confuse it with Manchester. Macheza is in Lagbohol South, Wjir South. Lagboghol South has an approximate population of 24,295. Ward area in square kilometres is approximately 4,051,50.

I was stoic and upright on top of this I had eagle eyes and all my senses were at work. I’m multilingual, I can understand and comprehend Five languages: two international(Arabic and English) and three locals ( Somali, Boran and Swahili). The other agents were also not a joke. But they were in pairs, one can go and have lunch while the other is keeping an eye on the votes that are being cast.

More than one in three Kenyan adults are illiterate, survey findings. This report presents the findings of a 2006 baseline survey on the status of literacy in Kenya. On average 38.5 per cent of the Kenyan adult population is illiterate. There are very wide regional disparities; for example, Nairobi had the highest level of literacy, 87.1 per cent, compared to North Eastern Province, with the lowest, at 8.0 per cent. It is no coincidence that the counties with the highest proportion of their populations without work are among the poorest in Kenya.

In comparison with other countries, Kenya is number 106º in the ranking of literacy rate. On election day my community were 90% illiterate out of the 250 who voted less than 10 voters marked their ballot papers. Some were fearful they might spoil their ballots. The worst part comes in when a voter is told to vote for person x and he/she forgets the name of the candidate. Then we ask the voter to just touch a candidate and pick any candidate which they might pick the wrong candidate.

You feel bitter when you couched someone to vote for your aspirant and on election day they forget the name of the candidate. To add salt to your injury they vote for your opponent. This happened to me severally.

Why Was My Governor Not Elected?

Creating an electoral plan requires some math, ingenuity, and knowledge of the local region. Ugas has not well covered Wajir South which harbours 57,337 registered voters. It is the constituency that has the most registered voters and he spent less than a week. Which was not supposed to be the case. If only he could have built an electorate register, persuade undecided voters and turn out supporters, he would have won fairly and squarely.

Every area is different, so the amount of time one invests in each of these strategies will depend on the particular campaign. Wajir is divided into six constituencies namely: Wajir South, Wajir North, Wajir East, Wajir West Tarbaj and Eldas. Eldas has the least registered voters.

My governor did not have agents in all polling stations. He dwelled on his deputy governor and senator. To say the least, the deputy governor worked tirelessly he had sleepless nights and did not feed for more than 24 hours, only taking water. Meeting family groups and individuals of all calibre. He prayed for the election day to be pushed forward so, that he can campaign. The deputy governor is a charismatic, soft-spoken and humble guy. I wish him and the governor happy and prosperous life. Remember that we are still in the first month of the Islamic calendar, in which Muharram is among the sacred months. I pray to the almighty Allah to guide them. The ones who were elected and ones who were not.

The Presiding Officer was brilliant and well-conversed with the area. He is a teacher in a local secondary school taught there for more than 10 years. He also happened to be the teacher of my wife while she was in secondary school. The guy is calm takes his time, and does what IEBC instructed him to do he marked more than 230 multiplied by 6 ballot papers. The kiems kit took time to upload when were opening the station. The clerks were nowhere to be found because they were all locals. It took us another 30 minutes to look for them.

Fighting brook up in both stations. On election day, the network coverage was down because the town never got such an influx of people. unless you climb a tree you will never get network coverage to your phone, forget about browsing the internet. I was never aware of what was happening nationally for more than 48 hours.

This is not only a conclusion but also my findings in the event that I was an agent, and how to possibly win elections on election day.

Look for a name that is easy for people to remember and unique in its own nature because people can’t recall difficult names.

Get tough agents who can withstand intimidation, insult and hunger, this is the culprit that makes you lose on election day.

Forget about the lineup, look for a party that is stable and popular among your people.

Motivate your agents. This helps them work efficiently without any fear.

The agent should be in pairs, you can pair up with other agents who are like-minded and make an alliance. Do not confuse this with the lineup.

Create cult-like supporters, phone call your supporters and finally give them a ride during or just before the election day.

Always be prepared for the worst and hope for the best.